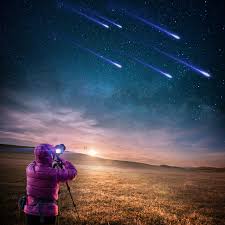 Tuesday night’s weather should give you a decent view of what’s considered the most popular meteor shower of the year.

The Perseid meteor’s shower is caused by dust and debris left behind from the tail of the comet Swift-Tuttle.
It’s been active since July but it’s set to peak Tuesday night into Wednesday morning.
You may still be able to catch a glimpse on Wednesday and Thursday nights as well.
Experts said this light show should be a little more exciting than in years past.
“This meteors shower, you might see anywhere from 50 to 100 meteors an hour without the moon interfering if you’re in a good, dark sky site. That’s why this one is such a major meteor shower,” said Mark Hodges, exhibitis technician with the Science Museum of Western Virginia.