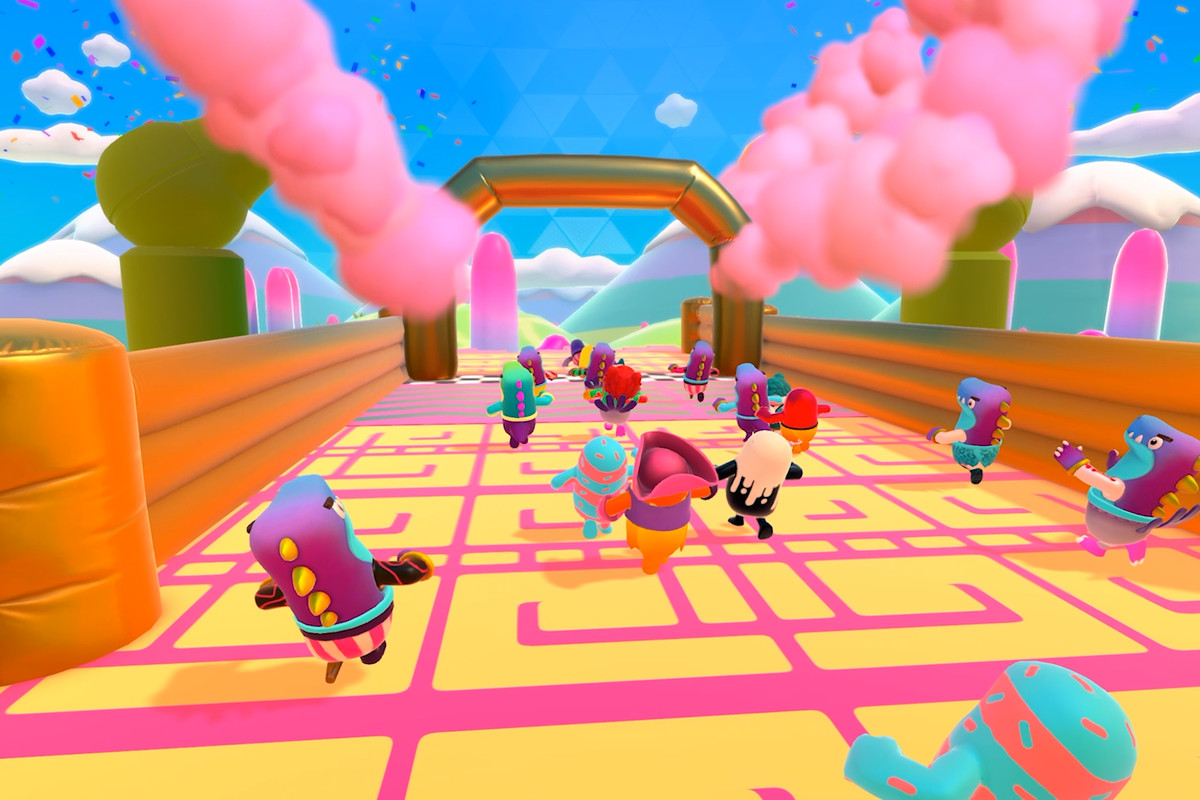 Fall Guys: Ultimate Knockout is a new, colorful twist on the battle royale genre by Mediatonic.

Originally announced 2019, the game has had several closed betas as it nears its launch. Fall Guys has taken Twitch by storm during its last closed beta, showing it has potential to become the hot new game this year.
WHAT IS FALL GUY: ULTIMATE KNOCKOUT?
Fall Guys is a battle royale game that pits you against 59 other players on a huge colorful obstacle course. Some courses might have you dodging moving blocks while avoiding lava. Other courses might have you team up with other players to try to end up with the most chicken eggs before time runs out. On each course, only a certain number of players qualify, narrowing down the pool until you get to the final stage. Only one jelly bean-shaped guy can win the crown.

WHERE CAN I PLAY IT?
The game is available via Steam for Windows PC. It’s also available for PlayStation 4, and will notably be included with PlayStation Plus in August.

WHY IS IT GOING TO BLOW UP?
The game is fun, and thanks to the PlayStation Plus deal, it’ll be extremely accessible to a large amount of people. The matches are quick and low stakes, with five rounds at the most, and that’s only if you make it to the end. While first-person shooters aren’t everyone’s cup of tea, most people can get in on a silly game that mostly involves platforming.
Fall Guys is also pretty fun to watch, meaning it’ll be good for streamers. However, streamers do have to put up with an intense number of griefers until the Fall Guy team figures out a way to keep streamers anonymous.
Fall Guys: Ultimate Knockout will be released on Aug. 4.

One of the keys to success Have a high pain threshold