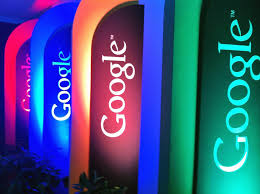 Google is using accelerometers in an interesting new way, Twitter allows everyone to limit tweet replies and Mozilla announces major layoffs. This is your Daily Crunch for August 11, 2020 Android phones now are a earthquake detector

Google said that smartphone accelerometers are sensitive enough to detect P-waves, which are the first waves to arrive during an earthquake. So if your Android phone thinks it has detected an earthquake, it will communicate with a central server to confirm.

In California, Google is also partnering with the United States Geological Survey and California Governor’s Office of Emergency Services to provide earthquake alerts. For everyone else, you’ll only see this earthquake data if you search for “earthquake” or a similar term.

This is part of a broader set of Android-related announcements today, including updates to Android Auto and Android’s emergency location service, new accessibility features and better sleep through the Android Clock app.

Dell’s latest Chromebook blends enterprise security with premium specs — Once relegated to consumer or education use, Chromebooks are gaining traction in enterprise environments.

Google, Nokia, Qualcomm are investors in $230M Series A2 for Finnish phone maker, HMD Global — Since late 2016, the startup has exclusively licensed Nokia’s brand for mobile devices, going on to ship some 240 million devices to date.

Scribd acquires presentation-sharing service SlideShare from LinkedIn — According to LinkedIn, Scribd will take over operation of the SlideShare business on September 24.

How Moovit went from opportunity to a $900M exit in 8 years — Private investor (and former Moovit president) Omar Téllez shares the inside story.

No pen required: The digital future of real estate closings — One potential silver lining of the pandemic, at least for the real estate world, may be a forced reckoning with the mortgage closing process.

Emergence’s Jason Green still sees plenty of opportunities for enterprise SaaS startups — One consistent thread runs through Emergence’s portfolio: They focus on the cloud and enterprise, a thesis that has paid off big time.

Mozilla lays off 250 — This move comes after the organization already laid off about 70 employees earlier this year.